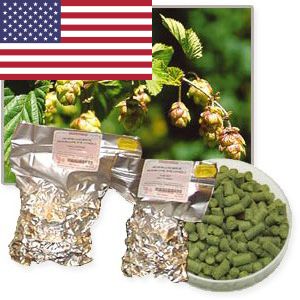 Named after the Slavic god of fertility, Jarrylo (pronounced Yar-i-low) is a unique variety bred by the ADHA. With Summit as its mother, Jarrylo was originally used in lots of lagers and pilsners, but has been successfully used in everything from Weizens to IPAs. It has a unique banana character that plays well with wheats and weizens, but it also inherited its mother’s spicey notes, which are perfectly suited for Saisons and other belgian styles. Jarrylo has also been used as a bittering hop in pale ales and IPAs, lending a fresh fruit aroma of pears and oranges.

Jarryło is the god of fertility, heralding spring. Often depicted as a barefoot young man (or more rarely a girl), in a white robe, a white horse, with a wreath on his head. Attributes of deity are based or sheaf of grain in one hand and in the other a human head.

Aroma: Pear, orange, spicy, fruity
Alpha: 15- 17 %
Beta- 7.37
Co-Hum: 35.41
Co-Lup: 59.63
Developed by the CLS Farms and released in 2010, this masterpiece has mostly sat in the shadows with no excuse.  The blend is kept a guarded secret but I will tell you this one is blasted with citrus and tropical fruit.  I would best describe the flavor as a mouthful of Jolly Ranchers.

There are no reviews yet.